There are many reasons for the need to verify the radiation characteristics of a broadcast antenna once on a tower.  The broadcaster can ensure their new antenna is radiating as predicted and oriented in the correct direction. Another scenario might involve the diagnosing of an older antenna that does not seem to be performing as it did originally. Whatever reason drives the need for field pattern verification, there is a growing appeal to use drones to take the measurements, making the process quick and cost effective. The current drone measurement procedure is to fly an azimuth and elevation radiation pattern cut of the broadcast antenna in the far field. The radiating far field in the elevation plane is typically about one mile for a high-power UHF broadcast antenna.

Drone flights at this distance from the tower require special FAA authorization and the signal strength measurements at this distance are subject to reflections. To overcome these two drawbacks, a method to measure the antenna at a much closer distance is proposed. This paper will discuss how the near-field magnitude vs elevation angle can be predicted with knowledge of the antenna design. Comparison of this known value to a measured value is enough to prove certain performance characteristics of the antenna. 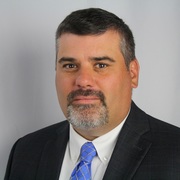