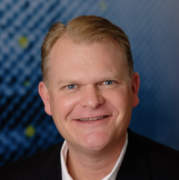 Vice President, Center for the Future of Work Cognizant

Robert Hoyle Brown joined Cognizant’s Center for the Future of Work in 2014. Since that time, he has worked extensively with the Cognizant Digital Operations practice as head of market strategy, and also with Cognizant’s Business Accelerator leadership to drive the development of its intelligent automation strategy, messaging and go-to-market outreach. His research emphasis has been on the topics of robotics, automation, privacy and augmented reality and their impact on business processes.

He was the lead author on the Center for the Future of Work whitepapers “The Real Reality of Augmented Reality” (2019), “Every Move You Make: The Future of Privacy in the Age of the Algorithm” (2018), as well as “Augmenting the Reality of Everything” (2017). He was also a co-author of “21 Jobs of the Future: A Guide to Getting – and Staying – Employed Over the Next 10 Years” (2017). He is also the managing analyst for the quarterly Cognizant Jobs of the Future Index. His work has been regularly featured on Axios, Huffington Post, and Forbes.