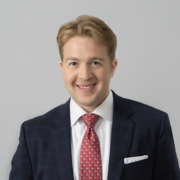 J.D. Crowley is the Chief Digital Officer at Entercom, a leading media and entertainment company and one of the two largest radio broadcasters in the U.S. Entercom reaches over 170 million people each month through a robust portfolio of 235 radio stations, live events and digital platforms, and is the nation’s unrivaled leader in news and sports radio. In this role, Crowley leads the strategy and operations for the company’s digital portfolio, which includes RADIO.COM, the fastest growing digital audio app in the United States with thousands of major stations and leading podcasts, and a network of large national and local sports, news, music and entertainment websites across the top 50 U.S. markets, as well as the event discovery business, Eventful. Crowley also oversees the platform’s best-in-class podcast division, which recently expanded through acquisitions of leading podcast companies Cadence13 and Pineapple Street Studios. In addition to the company’s digital platforms and podcast businesses, Crowley also oversees the company’s in-house digital agency which provides digital marketing services to thousands of companies across the U.S. Prior to joining Entercom, Crowley held various roles at CBS Corporation, including Executive Vice President of Digital for CBS Radio and the Senior Vice President and General Manager of Digital Media for CBS Television Distribution. One of his chief accomplishments was leading the relaunch of digital and newsgathering efforts at “Entertainment Tonight,” growing ET online from No. 42 to No. 1 in the entertainment news category in the U.S. and No. 1 in the video category for more than 18 consecutive months. He also served as the Senior Vice President of CBS Brand Studio, an in-house digital video and branded content studio he helped launch that developed, produced and distributed original content for dozens of leading national brand advertisers and streaming services, as well as many of the company’s owned and operated television brands across the entertainment, news, lifestyle, and health and wellness categories. Previously, Crowley served as the Senior Supervising Producer at “Entertainment Tonight” and “The Insider,” first for Paramount Domestic Television, and then for CBS. He began his career as a producer at KCAL/KCBS Television in Los Angeles, and has developed and produced programming across genres from daytime talk shows to news magazines, late-night television, and reality, investigative, and live events formats. Crowley has received multiple Emmy, Telly, Associated Press and Radio and Television News Awards. In 2010, he was named one of the “13 Under 30 Next-Generation Marketing Executives” by PromaxBDA. Crowley earned a Bachelor of Arts degree in cinema and television and a Bachelor of Science degree in visual anthropology from the University of Southern California.