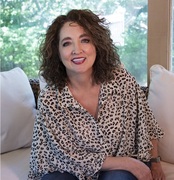 Sheri Lynch is the force of nature on morning radio. She is one half… an equal half… of the morning duo, Bob & Sheri, which is heard by over 1.1 million adults each week across America and in over 170 countries via Armed Forces Radio.

A ratings’ winner who came to radio unexpectedly, Sheri is a ‘friend’ to her listeners. Not only do her listeners follow her on social media (she has over 150,000 followers across social media sites), she follows them to engage in true two-way conversations that break down the fourth wall between the host and the audience. In fact, Sheri’s never NOT on social media.

Sheri began her radio career when she met Bob Lacey, and he encouraged her – with no previous on-air experience – to join him on mornings on a then-struggling Adult Contemporary radio station. Thinking this insane idea would never work, she tapped into her bold and adventurous nature and gave it a try. Right away, the chemistry between them was electric, and Bob & Sheri skyrocketed. Sheri was named one of Radio Ink’s Most Influential Women in Radio in 2018 and 2019.

A natural-born comedian, Sheri finds the humor in everything in life. She loves people and is genuinely interested in their lives. Her open personality makes it easy for her to connect with listeners on and off the air, whether at a live event or on social media.

Those off-air interactions feed into what’s on the air, and what happens on-air feeds into the off-air connections. It’s a loop that is winning her legions of loyal listeners.