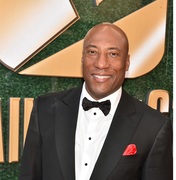 In the spring of 2018, Byron Allen acquired the #1 weather news television network, The Weather Channel. In 2018, The Weather Channel was named the 2018 Harris Poll EquiTrend TV News Brand for the eighth consecutive year. It also deployed cutting-edge storytelling with its IMR (Immersive Mixed Reality) technology which draws viewers into detailed and visually stunning weather and climate events.

In 2019, Byron Allen announced the launch of The Weather Channel en Español which is slated for launch in 2022. Also in late Q4, 2019, Allen’s technical team began rolling out LOCAL NOW, Entertainment Studios’ STREAMING APP. This OTT and MOBILE APP will build revenue streams fed from across Byron Allen’s many content business lines, building stronger engagement with a wider field of audience demographics. Local Now is powered by The Weather Channel technology which was a defining factor that attracted Allen and his executive team when they acquired the all-American brand in March of 2018.

As with other major television stations in Hawaii, KITV-ABC 4 also operates multiple satellite stations and translators to rebroadcast its programming outside of metropolitan Honolulu – including KHVO-ABC 13 in Hilo and KMAU-ABC 12 in Wailuku – to cover all of the Hawaiian Islands. The KITV portfolio also includes carriage of digital cable networks MeTV, Hawaii TV, Start TV and Heroes & Icons, as well as a Washington, D.C. news bureau and correspondent.

“Entertainment Studios will continue to aggressively look for other opportunities to grow our global media company through strategic acquisitions”, says Mr. Allen, who was inducted into Broadcasting and Cable’s, BROADCAST HALL of FAME in late October 2019.

In April 2021, ALLEN MEDIA BROADCASTING added 23 ABC, NBC, CBS and Fox network affiliate stations with its acquisition of most of the Gray Television facilities. The affiliate stations picked up by Allen Media include NBC’s KVOA in Arizona, KWWL in Iowa and WREX in Illinois; ABC’s WKOW in Wisconsin, WSIL/KPOB in Kentucky/Illinois and WAOW/WMOW in Wisconsin.