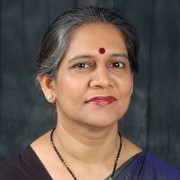 An alumnus of PEC Chandigarh, Rutgers University, USA and IIM Bangalore, Pamela brings with her an experience of 30+ years in the communications, computers and semiconductor industry where she led many nascent projects into breakthrough businesses. Notable among these are design of the Processor Complex for CDOT’s 40 thousand lines Digital Switch – enabling the first telecom revolution in India and leading the Texas Instrument’s single chip solution for the 2.5G feature phone, enabling the the 1000 Rupee cell-phone, leading to the second telecom revolution in India.

Pamela held the position of Vice Chair of 3GPP PCG and is a member of the IEEE-SA Nominations & Appointments Committee. She was the first ever appointee from India in the IEEE Standards Association - Board of Governors, as the Member at large for 2011-12. She has held several other leadership roles as a senior member of IEEE - such as Chair of the IEEE Charles Steinmetz Awards Committee, General Chair of IEEE ANTS Conference, Coordinator for IEEE Region 10 Industry Relations, Chair for IEEE Computer Society Chapter & Vice Chair of IEEE Bangalore section, etc. She started her career at AT&T Bell Labs and also lead R&D labs at IBM and HP.

She holds 3 Patents granted by USPTO and has 5 patent applications pending in the Networking Accelerators domain. She has been a Keynote/ invited speaker in 90+ Local and Global forums.